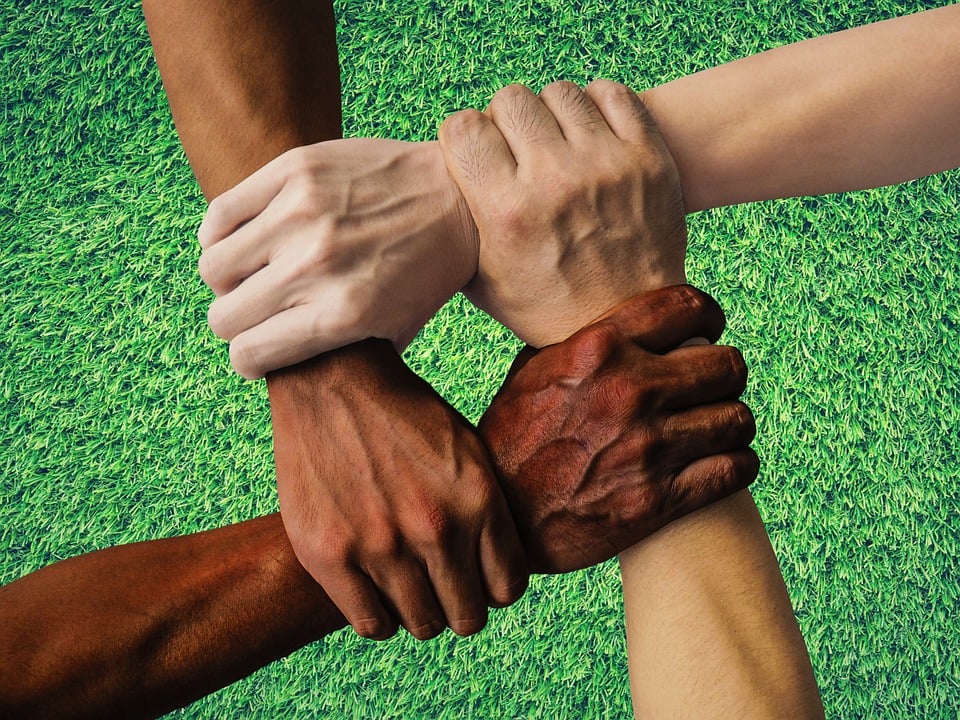 Financial Education in the Fight Against Discrimination

In the U.S. — particularly in Michigan’s largest cities and rural communities ⁠— protests highlighting systemic racism, specifically within the criminal justice system, continue to take city streets by storm. This, in turn, has put a spotlight on how our current community leaders and politicians have been neglecting African Americans and people of color since time immemorial. More than just forcing us to take a hard look at the judicial system, these protests have also revealed key areas where systemically racist issues continue to prevail.

Without a doubt, the financial well-being of a person is largely dependent on their upbringing, status in the community, and access to quality resources. One key issue that the protests have highlighted is the difficulty African Americans and other persons of color face in gaining financial stability. Whether it’s investing, maintaining a stable job, a retirement fund, or real estate, African Americans face more difficulty saving and managing their money as a result of systemic racism.

Indeed, the effects of oppressing racial minorities for centuries still prevail. Despite strides being made in the fight for equality and diversity, those who come from Caucasian backgrounds are still more likely to enjoy lifetimes of financial security compared to people of color. In this post, we’ll take an in-depth look at racial wealth inequality in the U.S. and how financial education is the key to leveling the playing field.

The Racial Wealth Gap in America

As we examine the distribution of wealth in America, we find evidence of shocking racial disparities. Indeed, Caucasian families were found to have an average net worth 10 times greater than that of an African American family. Moreover, white households have also been found to own the most assets of any type, including retirement accounts, stocks, real estate, and businesses. While the wealth gap isn’t as apparent between young adults, this quickly widens as the age group is raised. In fact, Caucasian adults aged 65-74 have a median wealth of $302,500, while African American folks in the same age group only amount to $46,890.

This inconsistency in wealth between Caucasian and African American households illustrates the degree to which the disparity between opportunity and power is still being felt today. Truly, the racial wealth gap shows that our society still has a long way to go in achieving equal opportunities for everyone.

Bridging the Gap with Financial Literacy

So why do white families accumulate more wealth compared to African American families that have the same income? One key reason for the racial wealth gap lies in the intergenerational transfers and inheritances that most people of Caucasian backgrounds receive. But more importantly, Caucasian folks are more likely to receive a quality education compared to their African American counterparts. This means that black people are often deprived of financial education, which can help them manage their wealth and invest in their futures.

Evidence shows that there’s a strong link between financial wellness and financial literacy among African Americans. This is because those who have the financial know-how can make better decisions regarding retirement, investments, and debt management. Being financially educated can help African American families get access to loans with better terms, higher paying jobs, a higher credit score, and retirement savings. But more than that, learning how to create a financial plan has plenty of benefits for your health, too. Because money is one of the biggest sources of stress among Americans, research has tied poor financial management to a wide variety of diseases — from migraines and backaches, to high blood pressure and depression. This creates a vicious cycle for disenfranchised individuals, whose health problems will only add to their money worries. This is why financial planning has been linked to reducing anxiety, higher self-esteem, better sleep, and even healthier relationships.

Other than just giving everyone access to quality traditional education, modern institutions should also emphasize the importance of financial literacy. Through this, racial minorities who experience social injustices can break the wealth thresholds and find equal financial footing with the Caucasian population.

Pushing for Systemic Change in the Workplace

We have to remember there are highly complex reasons why the racial wealth gap exists, and providing financial education for all is just one step towards reaching financial equality. It’s also crucial that we tear down the centuries of systems, structures, and laws in the workplace that contribute to this wealth disparity. For instance, racial bias in hiring often uplifts Caucasian employees and leave the African American workforce with low-paying, dead-end jobs. In fact, a whopping 89.4% of West Michigan board members are white, while only 3.2% identify as African American in 2017. This shows that African Americans still have a lower chance of being hired, nurtured, and placed in management positions.

Ultimately, we have to keep pushing to change the system in order to give everyone access to resources that can help achieve financial security. In this regard, we should start first by providing financial education to neighborhoods that are mostly comprised of African American residents and persons of color. By doing this, we can help even out the playing field and give everyone a fair shot at financial success in the future.